Tuesday, November 23rd, 2021, the Constitutional Court held a hearing with the agenda of hearing the 2nd expert testimony from the Petitioners. At the meeting with this agenda, the Advocacy team for Security Sector Reform brought back three experts. The experts who were presented based on their expertise then gave arguments why the existence of Komcad in the PSDN Law was problematic, both from the point of view of international humanitarian law, criminal law, conflict management, and human rights. The three experts are:

In their presentations, the experts stated the following:

The Petitioners who have joined the Advocacy Team for Security Sector Reform consisting of Imparsial, Elsam, KontraS, Public Virtue Institute, PBHI Nasional SETARA Institute, LBH Jakarta, LBH Pers, and BEM Universitas Indonesia request the Constitutional Court to review Article 4 paragraph (2) and (3), Article 17, Article 18, Article 20 paragraph (1) letter a, Article 28, Article 29, Article 46, Article 66 paragraphs (1) and (2), Article 75, Article 77, Article 78, Article 79, Article 81, and Article 82 of the PSDN Law which essentially asks the Court to examine the constitutionality of the formation of Reserve Components (Komcad) in the PSDN Law against the 1945 Constitution of the Republic of Indonesia. 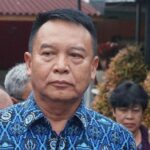 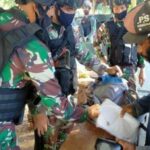 Asking Government to Revise KKB Terrorist Status in Papua, DPR Members: Is it Right or Not? 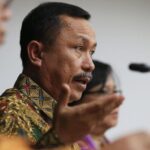 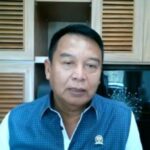 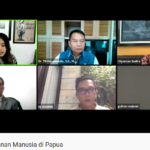 “The PSDN Law is Full of Problems: From Criminal Threats to Military Law Enforcement for Civilians”

International Day of Tolerance: Constructive Synergy between Government and Civil Society in Enhancing and Maintaining Tolerance in Society